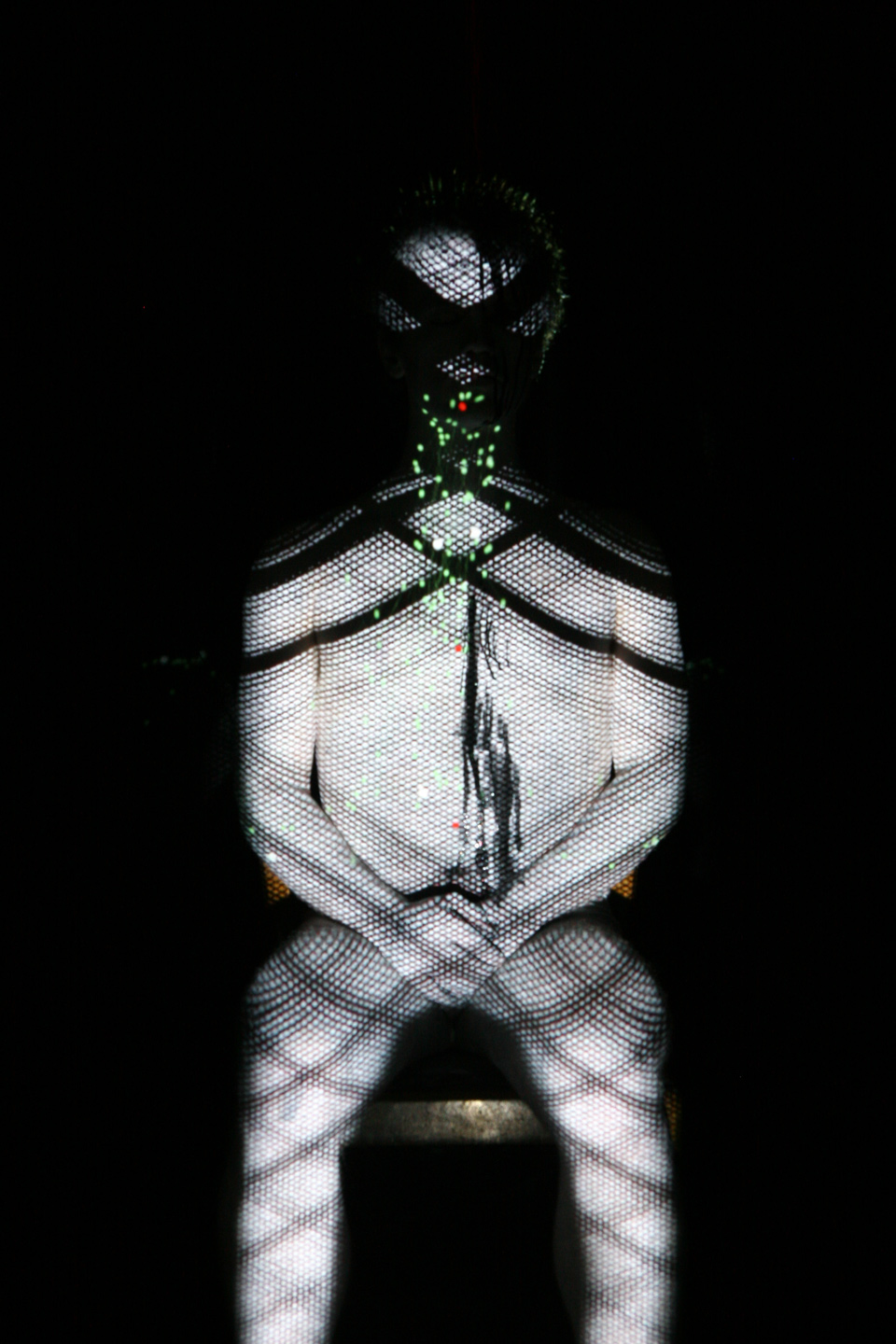 In the second incantation of the Reverb.On Series in 2008, DEPART and Richard Eigner devoted themselves to the piece „I Am Sitting In A Room“ by Alvin Lucier. This idiosyncratic electroacoustic composition summons a physical component of compact spaces, their inherent resonance.
A short text, which is selfreferential and recursive both on the room situation and itself, is spoken into a microphone, recorded and fed back into the room very closemouthed in a kind of acoustical mantra until the rooms own resonant frequency is overdubbing the initial signal beyond recognition.

Richard Eigner and Gregor Ladenhauf were responsible for the acoustic implementation of this concept that was first realised in 1969 by American composer Alvin Lucier (*1931).
Together with his DEPARTner Leonhard Lass, who is responsible for the visual translation of the piece, performer Gregor Ladenhauf adds to the piece as voice and screen at the same time. A speaker transforming into a projection screen of his own voice, gradually disappearing like this voice during the course of the composition.

original text:
„I am sitting in a room different from the one you are in now. I am recording the sound of my speaking voice and I am going to play it back into the room again and again until the resonant frequencies of the room reinforce themselves so that any semblance of my speech, with perhaps the exception of rhythm, is destroyed.
What you will hear, then, are the natural resonant frequencies of the room articulated by speech. I regard this activity not so much as a demonstration of a physical fact, but more as a way to smooth out any irregularities my speech might have. ” (Lucier 1970)

“Using the ideas of Alvin Lucier’s piece “I Am Sitting In A Room”, Richard Eigner &amp; DEPART unlocked the secret sounds of Schmiede Hallein’s fabulous spaces.”

“Every room has its own melody, hiding there until it is made audible.” Rain Are In Clouds
Gespraum