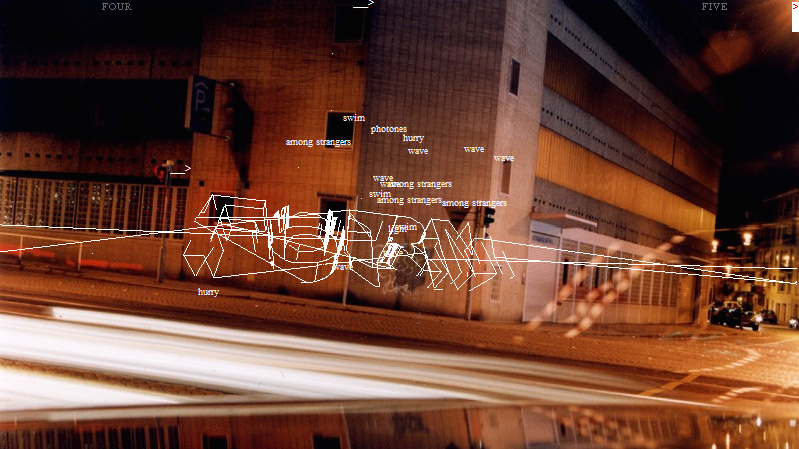 The impressure series was a first attempt to bring together graphic design, sound design and poetry. passing ideas to-and-fro in long messenger hours (you should see those chat protocols) DEPART were tossing out pieces that would be somehow defining their future output. like in a lot of DEPART works, wordplay is a crucial element here and is used to make the mind wander and take the reader adrift, flashy animation and fluffy sounds take it all ashore… 2000 onwards headspace odysseys, sandboxfresh playdoobedoo. DEPART was moved and influenced by rural scapes and urban shapes, streetart and landart growing together. leo was moved from berlin to barcelona, gregor was moved from lehen to itzling and back every day.